The necromancer stood in front of his newly risen army of undead zombies who wouldn’t get on with the program, his evil laughter trailing off into uncertainty.

“I know this one,” I told myself. “Please tell me it doesn’t go where all noobs have not-so-boldly gone before. Including me, years ago.”

As agreements were reached and the necromancer led his army away into his evil castle, providing them with a good life of decent employment and bad entertainment, I was starting to feel a bit uninterested, but then the unexpected happened: angels came out of the sky and deleted the castle of doom out of existence.

This being a parody of games, written from the perspective of the people within, it had a few obvious jokes – like, say, interpretations of bugs and glitches, or of abandoned heroes whom players didn’t want anymore and who stood posing for eternity. Even so, I found them enjoyable (in the way in which, faced with a robot-era Romeo and Juliet, you might be curious to see how Juliet’s nurse fits in).

Some running gags ran around a bit too often, I felt, but they had a way of eventually stopping and walking off into a direction I couldn’t predict. Which was good.

All in all, I found it to be an enjoyable, easily readable volume.

(findable on Amazon for Kindle versions, and on the Book Depository for paperback) 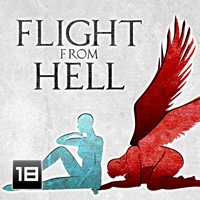